Learn more about how the COVID-19 pandemic affects your current and new bookings
Pub / Bar
1/14: Mahiki

Spaces for hire at Mahiki 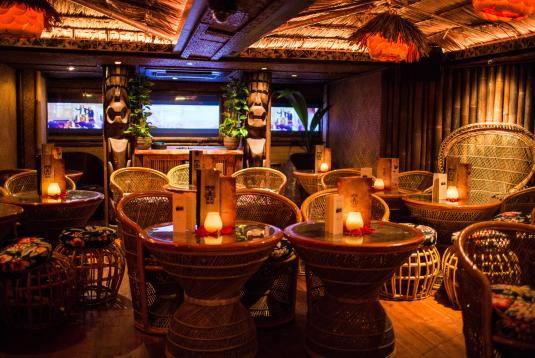 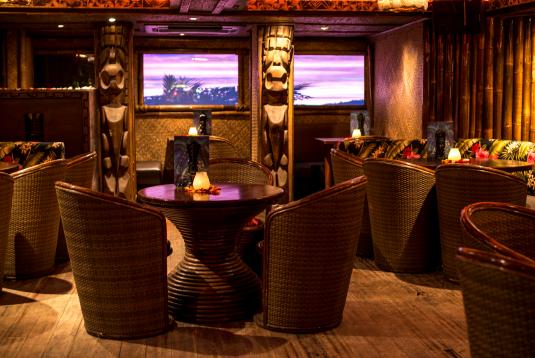 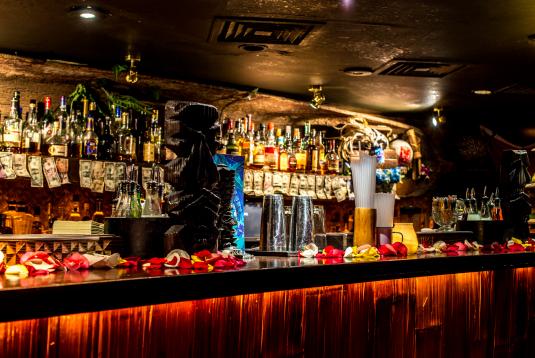 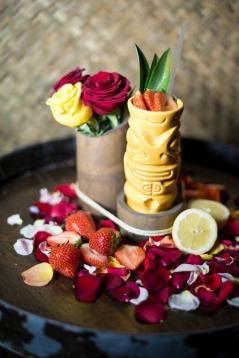 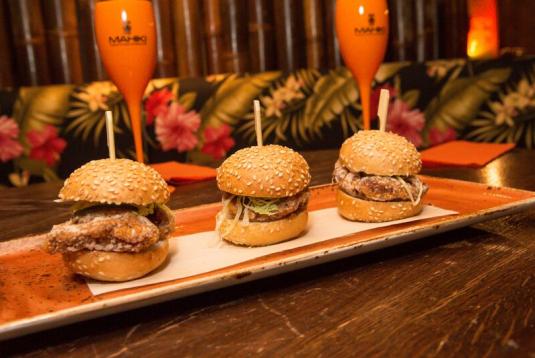 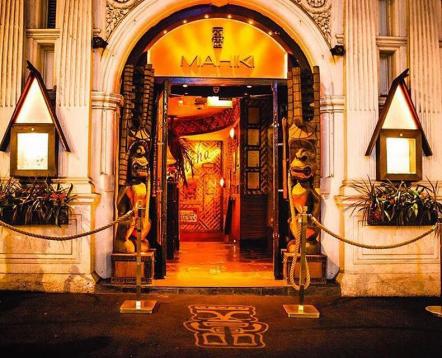 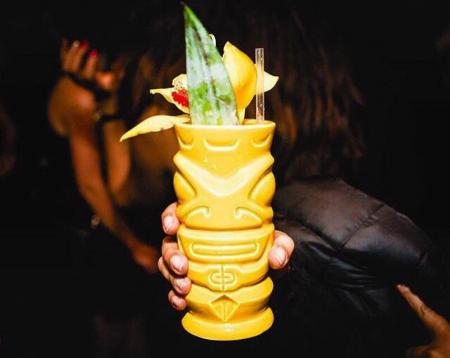 190
Our tropical Lani Lounge is open from 6 pm daily, with tables being available for anyone to enjoy some mouth-watering cocktails and food! We have a delicious Pan Asian menu available in our Lounge bar designed to accompany our Tropical Tiki cocktail menu. Our chefs have mastered this style of cuisine to bring you the best dishes the Polynesian P...
See details and prices 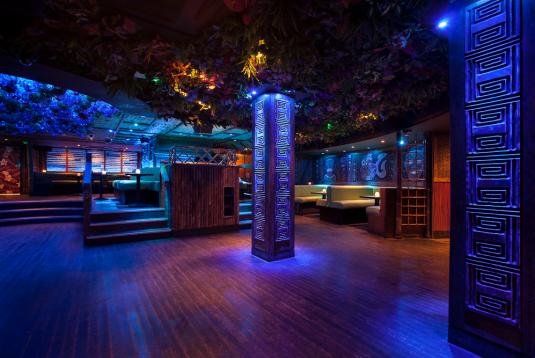 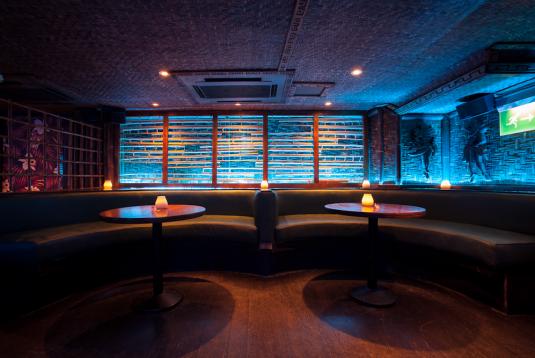 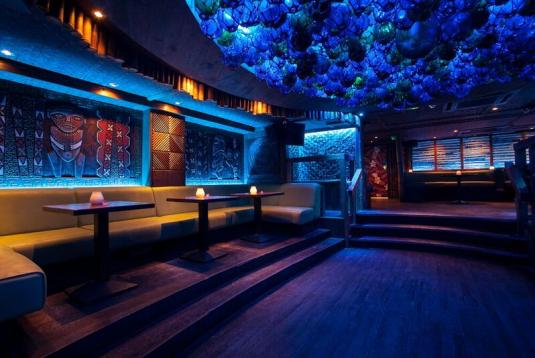 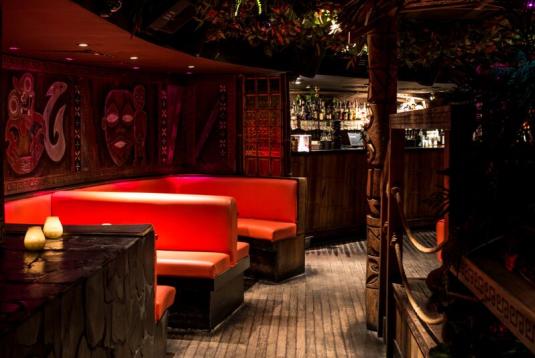 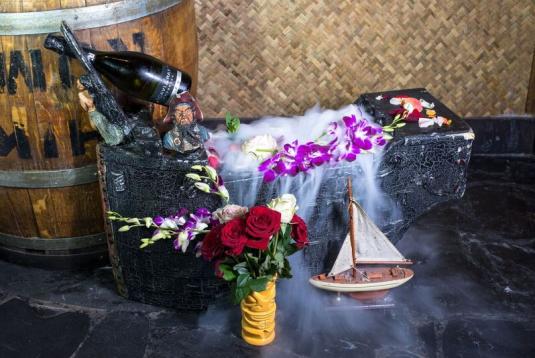 200
The Aloha party room is made up of wooden carvings for the wall finishes, and a dance floor effect made from multicoloured fisherman’s balls. It represents the underworld of Mahiki. It is a darker space than the Lani Lounge; with much more of a mischievous feel. Open from 10.30pm this is the space where the party happens.
See details and prices 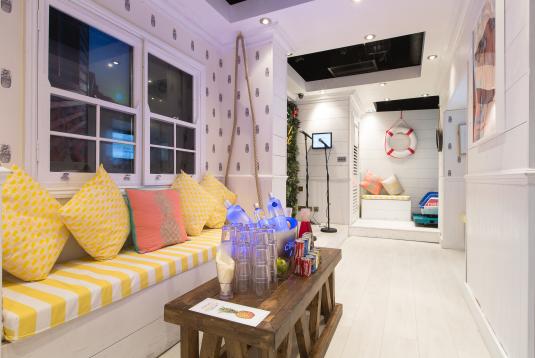 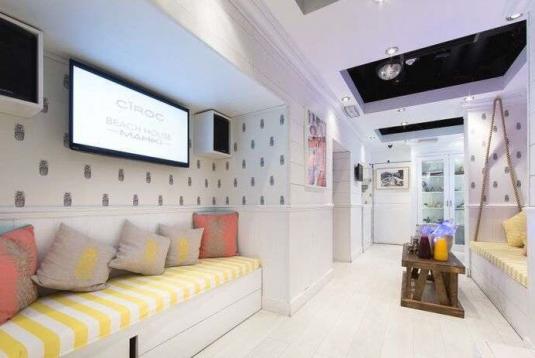 25
Escape into tropical luxury with our Ciroc Pineapple Beach House. Transport yourself and up to 25 fabulous friends into Mahiki’s twist on the New York Hampton’s. Enjoy light bites from our Surf Shack Diner or delicious cocktails made by our award-winning team. Rock out to your favourite hits on the Lucky Voice Karaoke or for the more playful of yo...
See details and prices

(9 reviews and ratings – read all)

Location Mayfair, having our own private space was nice as well, fair amount of songs. Marie-Anne who essentially made me feel like my event was not a complete fail and who was extremely accommodating.

Terrible customer service. Aside from the fact that it came up as an option for a Hen do and I was told we could not have the bride wear sashes, a veil etc. I compromised on that. I was promised multiple things, Karaoke, A photobooth, a game station and a private bartender. All I got on the night, was Karaoke. FAR from what I had expected and what had even been confirmed to me before 6pm by a lady called Nadia who had re-confirmed to me in person (not to talk of countless emails) that everything was ready for my event starting at 7pm. I had no private bartender, no photobooth (and we had even gone as far as buying extra little props) and the arcade game TV was broken! This is a private room that had been recently refurbished and somehow on the day of my event and EVEN prior to, No One had checked that things were functioning as they should be. I won't go into further detail onto things that were not as they should have been. But this was EXTREMELY disappointing. Especially as I had had numerous conversations with Mahiki prior to. I was compensated by the total I paid at the end of the night, but the truth is, I booked the event because I wanted it ALL and was willing to pay the full price HAD I received the service I expected. A special thank you to Marie-Anne, who despite working upstairs ensured to check the room numerous times after I was upset. The waiters in themselves if you walk around Mahiki are standing around chatting casually, which is disappointing considering you have customers around and is just not a good look. Especially for a place where they had previously warned me that they try to maintain a certain standard and reputation. In all, I think the concept of the private beach house is fantastic, but the service of Mahiki is extremely poor and for that reason alone I would not rate it highly. Mahiki as a whole should cross check their readiness for an event prior to the date itself. No one even called me prior to or even TOLD me as I arrived that all of these things wont be available or working, it wasn't until I asked, Disappointing! We were also repeatedly asked to leave the door to the private room open, bearing in mind that is the point, to have it private and IF we leave the doors open, How do we hear our Karaoke music over the loud music booming in from outside the door. Mari-Anne made the evening bearable at the end of the night, and I thank her or being so lovely and trying to make me feel much better about it all in the end, despite being disappointed.

Mahiki is the ultimate party destination. With its Tiki décor, delicious fresh fruit cocktails and tropical flowers adorning every Honolulu Honey’s hair, a night out is set to be unique in every respect!

In our Mayfair paradise, the party starts at 6 pm, when our doors open – early evening cocktails and dinner is available. The club bursts into life at 10 pm; a night-time hotspot open Monday-Saturday until 3 am, we have late night party tables and lounge tables available to reserve to make the most of your night in our tropical heaven.

Mahiki is popular for

The Grand by Concerto - Mayfair